It’s almost show time for the 2017 Perseid Meteor Shower, the nights of August 11th to 12th and 12th to 13th. But if you’re in a major city, light pollution from buildings, traffic and streetlamps overpowers the natural and subtle light of meteors streaking across the sky.

If you're a city dweller in some of the most populated metropolitan areas, read on. Active Junky’s pulled together some ideal star-gazing locations in your neck of the woods and outside of your concrete jungles. Hang on to this list for cosmic happenings well beyond this spectacle, and don’t forget to sign up for Active Junky for other articles, product reivews, exclusive deals and cashback on your gear purchases. 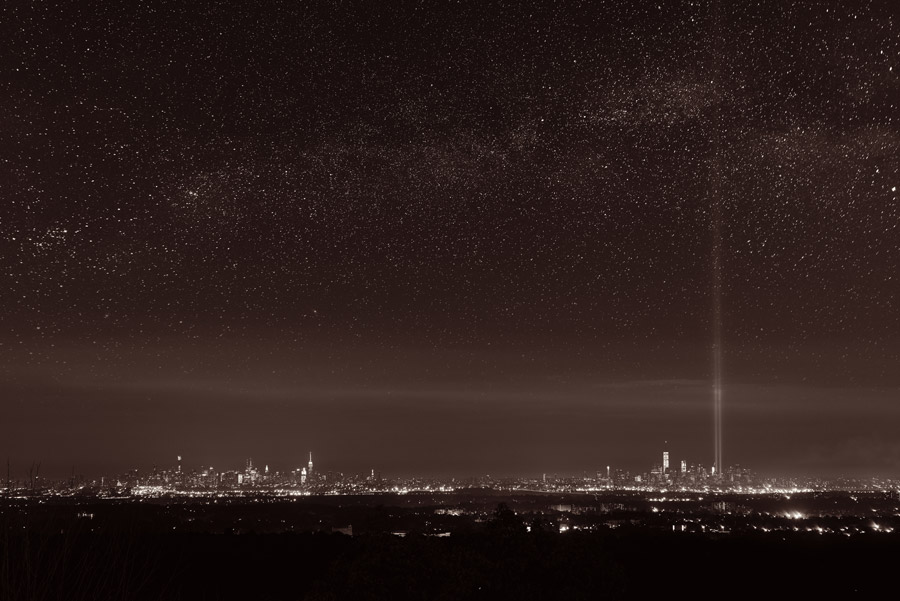 Start spreading the news, there are many favorable star gazing spots within the city and immediately outside its limits. Floyd Bennett Field in Brooklyn and Carl Schurz Park in the Upper East Side are both popular places for astronomy enthusiasts to gather and take in the night sky.

Overnighters willing to make a moderate drive (depending on traffic) can head to some popular camping destinations with even darker skies. Jamaica Bay on Ruffle Bar Island is roughly an hour from downtown. Cedar Point County Park on Long Island lies just over two hours from NYC, and a bit farther away, North-South Lake Campground is two and a half hours north.

While you may see Hollywood stars downtown, you’ll have to escape the City of Angles to see the sky-streaking variety. Templin Highway takes you 45 minutes from downtown and into Angeles National Forest. This popular star-gazing locale attracts a good crowd for celestial events like meteor showers, so plan on company.

The Santa Monic Mountains are also about 45 minutes from LA and provide multiple locations with dark night skies. Places like Topanga State Park and Malibu Creek State Park are options for both overnight camping or parking for an hour or two. 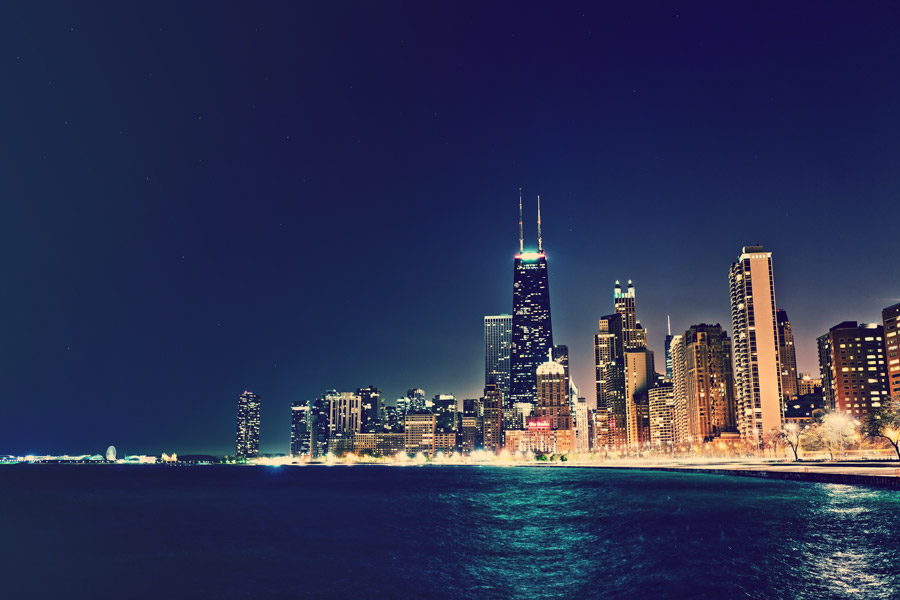 Drive an hour east from the Windy City and you’ll find the Indiana Dunes State Park. An hour west, Silver Springs State Park. Both are great choices to escape light pollution and watch Perseid’s show. Cruising out on Lake Michigan will let you sail past city lights as well.

For those bound and determined to witness a spectacular show, and are willing to drive for it, a six- to seven-hour drive from Chicago takes you to a certified dark sky park. The Headlands International Dark Sky Park, located in Mackinaw City, Michigan, is admission free and nearly absent of light pollution.

Drive southwest from Houston for 45 minutes, and you’ll arrive at Brazo Bend State Park in Needville. While the park closes to the public around 9:30pm, you can reserve a campsite and enjoy the shower at your leisure. Sam Houston National Forest, an hour north of Houston, also offers dark rural skies. Call ahead for campsite availably.

If you want a decent show without the drive, head to the Houston Museum of Natural Science, home of the George Observatory. Normally closing at 9:30pm, the observatory will remain open until 6am specially for the Perseid shower on August 12th. 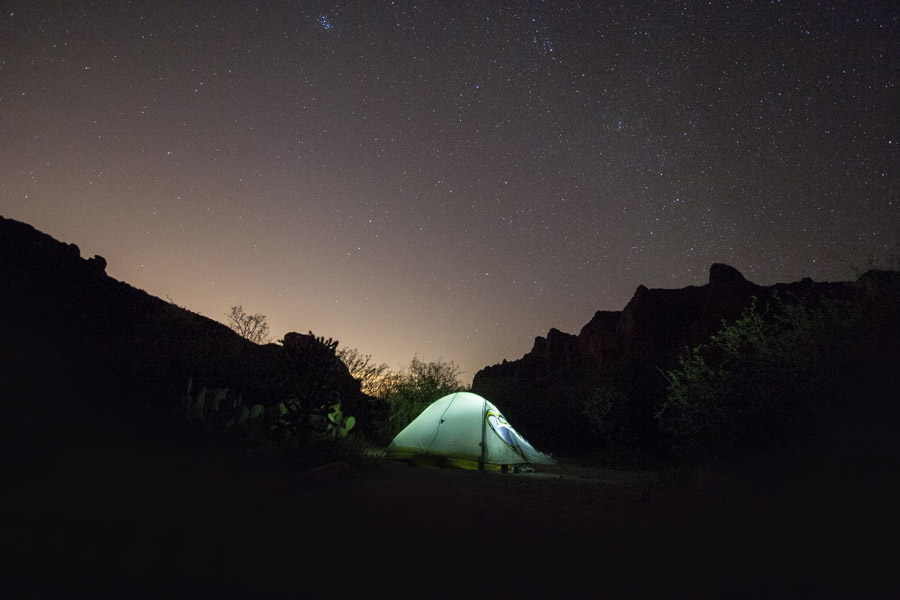 Arizona is famous for its amazing sunsets, but after the light is gone, you’ll see some solid dark skies. Tres Rios Wetlands lie 25 minutes west of Phoenix and, while the main attraction is daytime wildlife watching, you’ll have a dark, clear sky at night.

Drive 40 minutes north of Phoenix and you’ll find Lake Pleasant, where for a $6 admission fee, you’ll get dark and clear view of the night sky with optional camping. For a quiet and secluded seat, head west on interstate 10 to exit 109 for Sun Valley Parkway. This long stretch of road has little traffic and plenty of places to park and enjoy the show.

For those looking for the best show in the area, and to really escape the city, head north to Bushkill, PA and the Delaware Water Gap National Recreation Area, about two and half hours from Philly. Open 24 hours and boasting over 70,000 acres, you’ll easily find a private, intimate and dark place to take in all Perseid has to offer.

A bit closer to home, 90 minutes west, you’ll find darkened skies at French Creek State Park. The park closes at sunset, but you can make reservations online for one of 200 campsites. Other preferable viewing areas outside the City of Brotherly Love require drives between four and five hours: Cherry Spring State Park, Sproul State Forest and Hooversville are good choices. 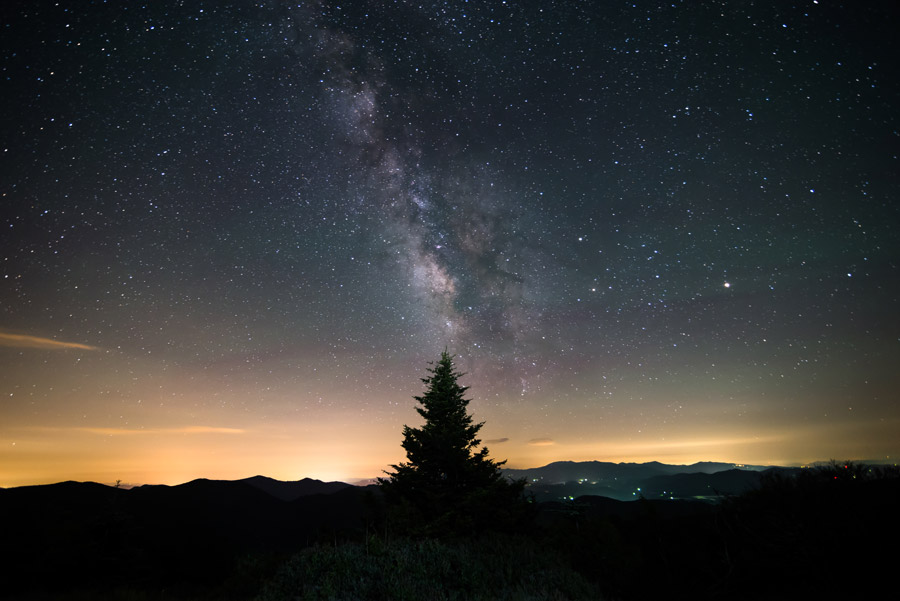 Outside of Atlanta, Georgia, you’ll find Stephen C. Foster state park. It’s a drive of over four hours. The park closes at 10pm so you’ll definitely want overnight camping reservations. But with some of the darkest skies in the state, you’re sure to get an amazing view of Perseids.

Closer options are in the Northeast Georgia Mountains, less than two hours away. With camping at Moccasin Creek State Park (call ahead for reservations) and Cooper’s Creek Recreational Area (first come, first serve), among others, you’ll find a relaxing atmosphere to enjoy the meteor shower until you hit your star-dusted pillow.

Under two hours from our nation’s capital is Shenandoah National Park, Virginia, open 24 hours a day. With over 200,000 acres, picnic areas and campsites, you can find a nice area to kick back for a few hours or snag a first-come, first-serve campsite to stay the night.

Some national and state parks are closers options for overnight-only gazers, as parks close at dusk or earlier but offer overnight camping. Greenbelt National Park is 45 minutes, Burke Lake Park is 60 minutes as is Sky Meadow State Park in Delaplane, Virginia. Call ahead to make camping reservations. 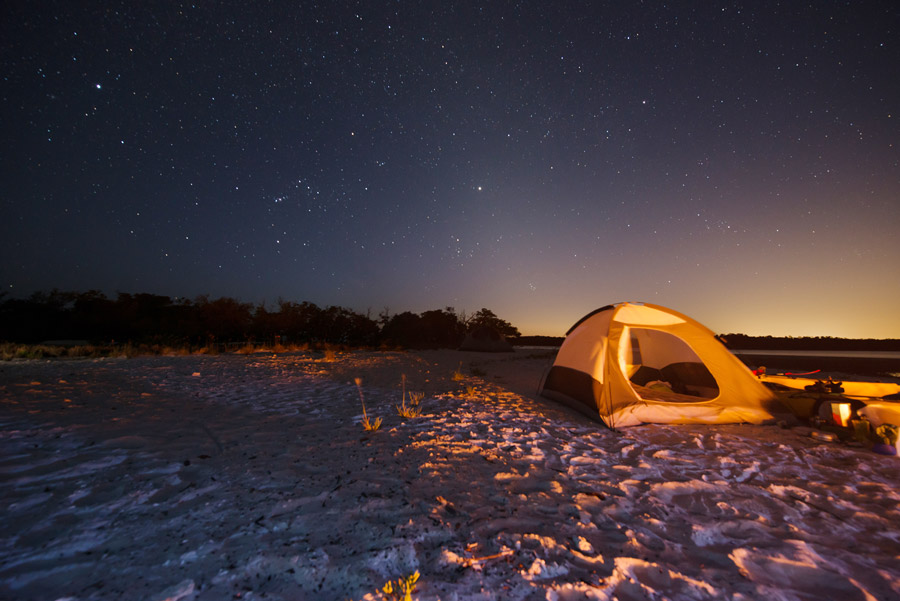 One of the best places to escape from Miami’s artificial light is Everglades National Park, 45 minutes west. Designed to maximize natural darkness, the park is optimal for stargazing and enjoying the phenomena. It is open 24 hours, but make sure you are observant of indigenous creatures sharing the darkness.

Destinations like LaBelle (two hours west) and Lorida (three hours northwest) are small cities away from population hubs emanating light pollution. Lorida is home of the Kissimmee River public use area, where overnight camping is available with a permit.

Outside of Seattle, you’ll find numerous state parks and beaches perfect for taking in the night sky. Many of these are only open during daylight hours, but camping is available at options like Dash Point State Park (40 minutes south), Salt Water State Park (30 minutes south), and Kayak Point Park (60 minutes north).

For non-campers, drive 90 minutes south then west to the Kitsap Peninsula, home of the Mary E. Theler Wetlands Nature Preserve. Unlit trails meandering through the wetlands are an ideal place to experience this amazing meteor shower.

Best Ski and Snowboard Movies on Netflix and Amazon Prime

What I Learned About Myself as a Pro Cyclist

The MLB Pitcher That Lives in a Van

8 Tips for Repurposing Your Cam Straps