The short answer: yup, we think so. Read on for the long answer about why the Pacific Northwest surfboard manufacturer may arguably be crafting the best travel surfboards out there.

About to take off on a surf trip? Whether you’re road trippin' the California coast to catch a weekend swell or flying to Indonesia to check Bali off the bucket list, having faith in your equipment is crucial. Unless you’re a pro traveling with a coffin-sized quiver supplied by a sponsor, then chances are a broken or damaged board will be a serious setback. A broken board at home is an expensive bummer, but on the road, when shops may be few and far between and ding doctors are often nowhere to be found, a damaged deck can be a catastrophic trip destroyer. 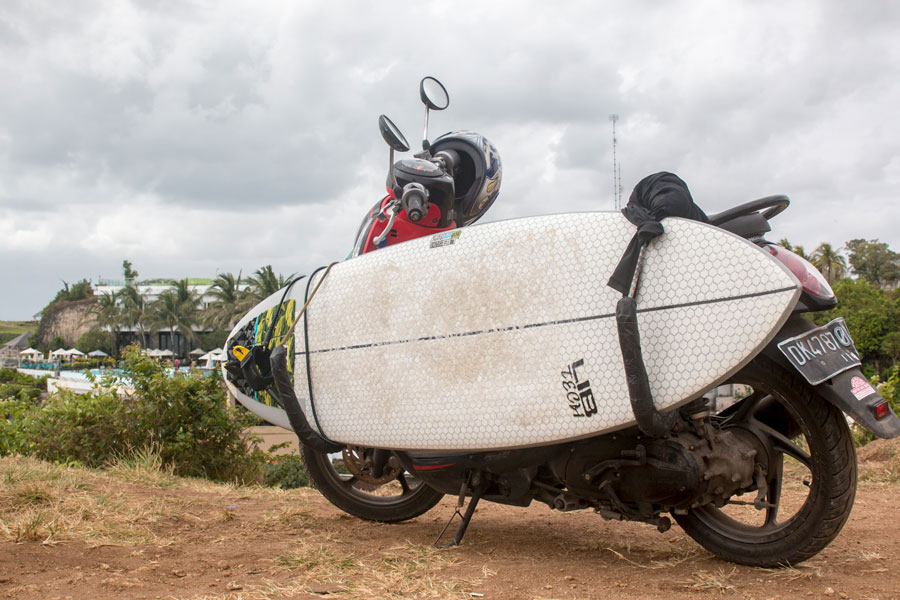 That’s why we recommend investing in a Lib-Tech surfboard—these boards are perfect for traveling as they are ultra-durable and therefore don’t need to be babied in transit. Plus, when the moment you’ve been traveling for finally arrives, and a perfect set lines up on the horizon, they get down to business.

Is that a Lib-Tech Surfboard?

Historically speaking, Lib-Tech’s still relatively fresh in the surfboard game—though they’re far from newbies. The brand announced their surfboard line in 2012, and they linked up with legendary shaper Matt Biolos of Mayhem fame in 2015 for a noteworthy line of Lost X Lib collaborations that’s still going full gas today.

If you didn’t know that the industry-leading snowboard manufacturer was shaping surfboards, you’re not alone. Of course, in a Pacific Northwest lineup, the Washington brand’s old news, and half of the rippers in the water will be shredding on Libs. Globally, the boards are beginning to gain recognition: paddle a Lib in international waters, and several times a session a curious surfer will ask, “Is that a Lib-Tech? How do you like it?”

Are they really difficult to ding? 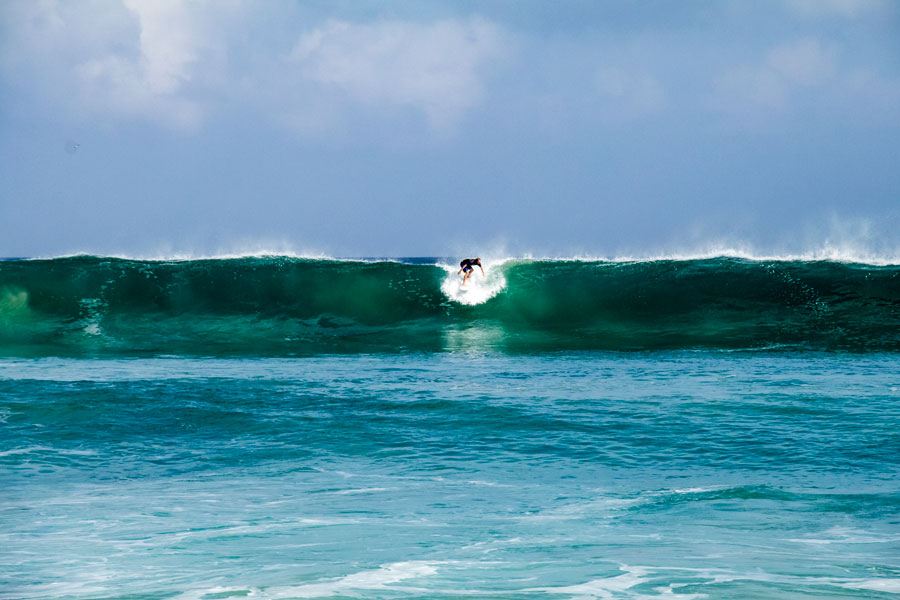 This is the most asked question we’ve heard while traveling with Lib-Techs in tow. And the answer is yes, they really are hard to ding. And we’ve found out the hard way.

This is, after all, the biggest draw to a Lib-Tech surfboard: they don’t break, they don’t snap, they don’t ding. Granted, that’s not entirely true, as these things can and do happen, but relative to traditionally crafted surfboards, Lib-Techs are much less likely to sustain damage, and should damage occur it’s often surprisingly minimal.

Over the past several months on a trip through California, Thailand, and Indonesia, our tester, an intermediate surfer intent on stepping up his skills, has been surfing on two Lib-Tech surfboards: a tried and true Lib-Tech x Lost collaboration, the infamous Sub Buggy, as well as the new in-house Lib design, the Nude Bowl. Both of these boards have proved that Lib-Tech’s construction can handle a beating. 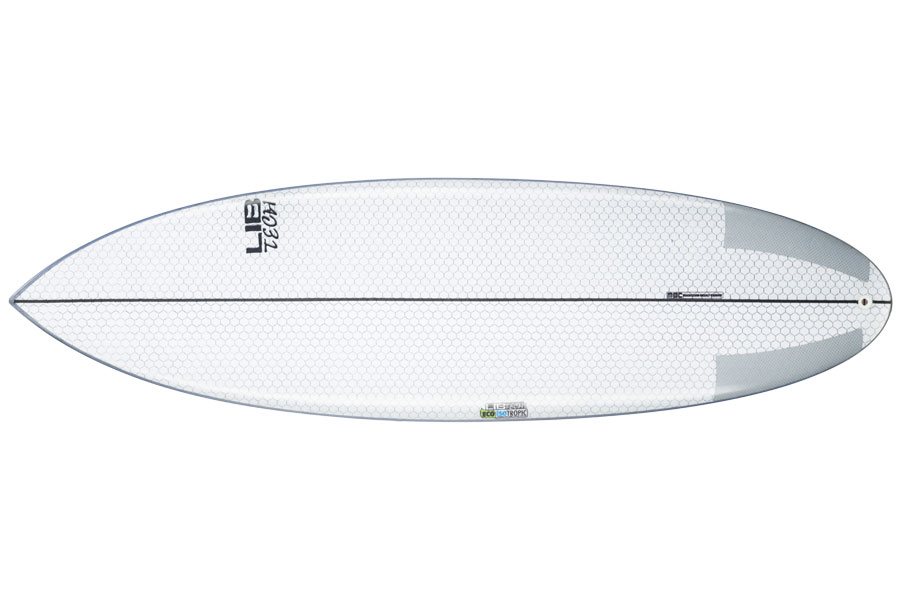 The Sub Buggy, due to a rogue gust of wind and a momentary lapse of judgement post 3-hour surf session, was blown halfway down a set of stone stairs. No joke. The bang was thunderous, our tester’s heart sank—he walked down the stairs cursing his stupidity, retrieved the board, and all the damage that the deck had sustained was a slight peel in the nose and two cosmetic scratches on the rail—no repairs necessary. This is an absolutely true (and unfortunate) story, one that would’ve likely resulted in irreparable damage to a traditionally constructed board.

The Nude Bowl, while it doesn’t have quite as horrific a history, has become intimate with Indonesian reefs on two occasions. Despite getting a nose full of coral, the Nude Bowl sustained, like it’s Sub Buggy cousin, only cosmetic scrapes. It’s also worth noting that it’s been caught inside on a double overhead day that saw more than a handful of broken boards—the Lib took a three-wave walloping and emerged unscathed. 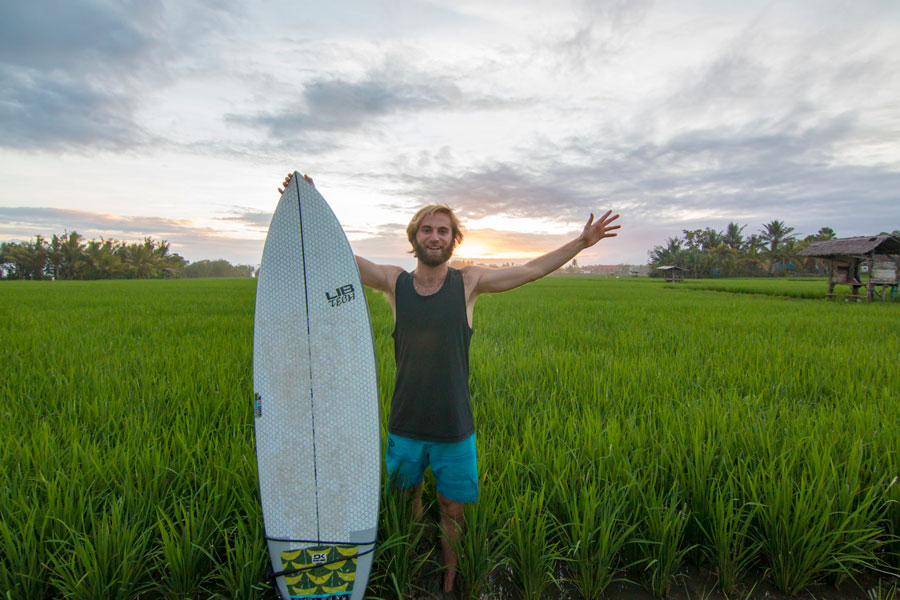 The PNW board brand’s innovative tech is not only responsible for making these boards indestructible, but it’s also minimizing environmental impact. If you head to the Lib-Tech website, be sure to get lost in their technical specs. If you’re looking for a quick and dirty synopsis, here are a few of the key points to understand about Lib’s construction techniques:

If you’re buying one board to use in all conditions, consider Lib-Tech’s newly released Nude Bowl, a travel-ready quiver killer. Based off Lib’s initial Bowl Series and shaped by 20-year Lib employee Hendo, the Nude Bowl has a slightly tucked-in rounded tail, a fuller nose, and additional volume for float in the center portion of the board.

We found that the higher-volume board made for a fun deck with surprising paddle power, able to stack a hefty wave count on smaller days. That said, the Nude Bowl was still stable on steeper drops nearing double overhead.

Of course, this feedback is coming from an intermediate surfer who, while pushing his own limits, is not close to pushing the limits of the Nude Bowl—so feel free to take it with a grain of salt, especially if you’re wondering how the Nude Bowl performs in the air or deep in the barrel. For an ambitious intermediate, however, this one-board quiver will help up your wave count, learn new maneuvers, keep a confident line in overhead+ conditions, and overall spur progression in your surfing.

That said, we’ll end with a quote from Ryan Carlson, Lib’s resident pro: “The Nude Bowl rips everything. You can’t always bring a bunch of boards with you. If I have to limit my quiver down to one board, I can count on Lib construction not to break and the Nude Bowl to get it done in anything from slop to double over head and barreling.”

Get more info at: www.lib-tech.com/surfboards/nude-bowl/