In this new Active Junky series, we’ll touch base with some of our favorite professional athletes and take a peek inside their gear closets. If you want to rely on the same gear that the pros do, you’re in the right place.

First up? Austen Sweetin—a legendary professional snowboarder from the Pacific Northwest who travels the globe in search of deep snow. Read on to find out what’s new with Austen and to check out some of his essential gear from Lib Tech, Quiksilver, Bent Metal, Ninja Suit, Coal Headwear, and One-Ball Jay. 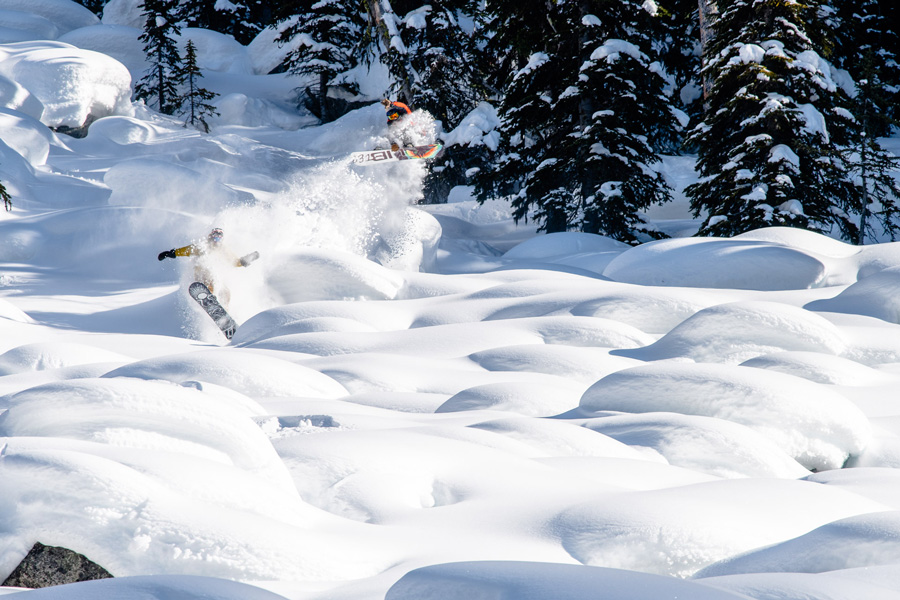 All photos by Tim Zimmerman and provided courtesy of Lib Tech

For some professional athletes, work is a grind. If they weren’t getting paid, they’d likely abandon their sport, or at least partake less frequently. Professional snowboarder Austen Sweetin ain’t one of those athletes. “I’ve been snowboarding for my whole life. No matter what happens with career or sponsors, I’m always gonna be boardin’,” he says emphatically. “It’s hard to picture doing anything else. Even before I was getting paid to snowboard, I was working my ass off to go snowboard as much as I could. It’s just fun, man. Powder’s addicting.”

If you’re unfamiliar with Austen, the Pacific Northwest powder addict has already had an incredibly successful career. In the last decade, Austen was a member of the fabled Forum team (RIP), made jaw-dropping movie segments with Absinthe Films, landed insane cover shots, and even starred in Travis Rice’s Depth Perception alongside fellow pro (and girlfriend) Robin Van Gyn.

Despite a resume of accomplishments that would turn most aspiring professional snowboarders green with envy, Austen remains humble. And thankfully for all of us, he shows no signs of easing up on the gas. This season, just like last, Austen is going full throttle.

Behind the Scenes of Rooster Tail

Austen’s powder addiction and preternatural talents are exceedingly evident in Rooster Tail, an action-packed 11-minute flick backed by Quiksilver and filmed by Sean Lucey last season. “We went in a direction with the cinematography where we wanted to capture these up-close-and-personal moments of snowboarding,” says Austen. “Throughout the film, you’ll notice a lot of shots where the rider is almost running over the camera—shots fade to white or come out of white because the camera was constantly in and out of the ‘rooster tail,’ which is the effect of doing a big ole pow turn.”

Trust between cameraman and rider was critical while filming Rooster Tail. “I made it with a good friend of mine, Lucey,” says Austen. “He would literally say to me, ‘Do it like you’re going to run over me.’” The resulting close-ups are stellar (fitting, as Austen, Lucey, and friends shot much of the project at Stellar Heli, and Austen is the first to admit that banger shots didn’t come easily. “With every great shot that we got like that, there was an epic fail, where he and I would get fully intertwined, tomahawk, camera-flying,” Austen chuckles. “It was a fun experiment.”

Not one to rest on his laurels, Austen lucked out at the start of 2020, scoring epic conditions at his home mountain in Washington. “We just finished filming a storm segment at Mount Baker,” he says. “It’s a short, high-pace snowboard edit. They call it an ‘atmospheric river,’ which flows down to Baker, and essentially it was just eight days of non-stop snow and free refills.” Baker’s storm totals for January stacked up to 294”, and Austen certainly seemed to make the most of the month. Between the heavy metal soundtrack and the black and white shots of Austen and friends dropping cliffs, slashing through neck-deep pow, and spinning off mushroom-shaped pillows, Graupel is one of the raddest edits to drop this year—and a great way to get your stoke levels sky-high before you head to the hill.

As evidenced by the aforementioned films, covers, and accomplishments, Austen is undeniably one of the most committed and gifted powderhounds on the planet. As such, we asked Austen what five pieces of gear he can’t ride without. His answers were unsurprising: Austen’s setup is all about simplicity, versatility, and performance—he requires hard-charging equipment that can throw down off enormous backcountry cliffs and still ride playfully all over the resort. If you’re looking to level up your snowboard game, taking a peek inside Austen Sweetin’s gear closet isn’t a bad place to start.

“For me, the Lib Tech Dynamo is the perfect all-mountain board. It’s a directional freestyle board, cambered, with a nice floaty nose and a tapered tail. You can set the stance back for when you’re just charging the mountain or riding pow, and then you can bump the stance into the center if you’re cruising park and want to get more freestyley. The thing that I love the most about it is that it’s a universal charger—it can ride anything and handle any conditions.”

We haven’t had the opportunity to test the Dynamo—yet! But we have had the pleasure of testing the women’s Dynamiss, which is the women’s version of the Dynamo, and our squad agreed with Austen: it’s an all-mountain Swiss Army Knife that can handle every type of terrain. Male or female, pro or intermediate, these Lib’s are worth checking out.

“The Quiksilver Mamatus Jacket is a light and super-durable 3-Layer Gore-Tex jacket. Three things are most important to me in a jacket: staying dry, mobility, and function. Because it’s just a shell jacket, you can wear it with a puffy or fleece, or you can layer down. In the spring, I’ll just wear my Ninja Suit base layer with the jacket over it. I’ve been wearing that jacket for almost four years now. It’s got big pit zips, so when you’re skinnin’ or just hikin' around you can get good ventilation. And since it’s so flexible and lightweight, when you wear a fleece and a puffy underneath you don’t feel bulky at all. You have room to breathe and move. It’s a functional and technical jacket. Less is more.”

We’ve had the pleasure of testing the Mamatus jacket for a year now, and it ticks all of the boxes that Austen mentioned. The 3-layer fabric is incredibly thin and lightweight, and despite a baggy, looser fit, the Mamatus still packs up well for touring missions. As versatile and stylish as any shell, the Mamatus is perfect for use in and out of the resort.

“The Transfer’s a medium-flex binding—not too stiff, not too soft—it’s a nice balance for everyday riding. I like it because it’s simple, you put your foot in there and don’t have to think about anything, it just performs exactly as a binding should. Lightweight and comfortable.”

We’ve reviewed the Bent Metal Transfer in years past (read the full review here), and we were impressed by the solid build and no-nonsense performance of the binding. As Austen noted, it’s a mid-stiff option perfect for everyday shredding. Not to mention, you can bump up or dial back the stiffness by swapping out Bent Metal’s Flex Control Drive Plates, making this unpretentious, high-performance offering surprisingly customizable.

“The Ninja Suit keeps you warm, it keeps you dry, it wicks moisture. It’s a one-piece base layer, so you’re always protected from snow even if you tomahawk. It’s great for driving to the mountain, it’s great for boarding all day underneath your outerwear, and it’s great for après.”

A Ninjasuit is your best friend in deep snow and deep couch cushions alike. These merino wool onesies are comfortable beyond belief—one day in a Ninja Suit and you’re a convert for life.

“The Shuksan Beanie from Coal Headwear is made out of Polylana {a sustainable fiber that’s woven from a blend of recycled plastic and polyester pellets}. It’s just a classic sailor beanie—wool, nice and warm. You can wear it boarding, hanging, every day.”

We’re big fans of Coal Headwear beanies—they deliver the style and cold-weather performance that we crave. If you dig the Shuksan’s embroidered wave and mountain patch, this beanie is going to keep you toasty and stoked all winter long.

“I’m a big fan of waxing, because the more that you wax the board, the more lubed up the board is, the more fueled up your base gets. When you warm up your base with the iron and fill it with wax, over and over again—like every other day after boardin’—your board’s just bound to ride better and always have a little bit more speed. If you’re on a cat track or in the flats, it can help you get through that, and also go a little bit faster down the mountain.”

This one’s a no-brainer. You don’t need to be a professional snowboarder to reap the benefits of a freshly waxed stick. Wax your board regularly and you’ll ride faster, go bigger, and score more powder—need we say more?

Gear Up for Summer Fly Fishing

How to Sell Your Used Gear and Fund Brand-New Adventures

The Best Fleeces for Winter

6 Essentials For Your Japanese Ski Trip

Four of the Best Men’s Shorts for Every Adventure